Data and the city 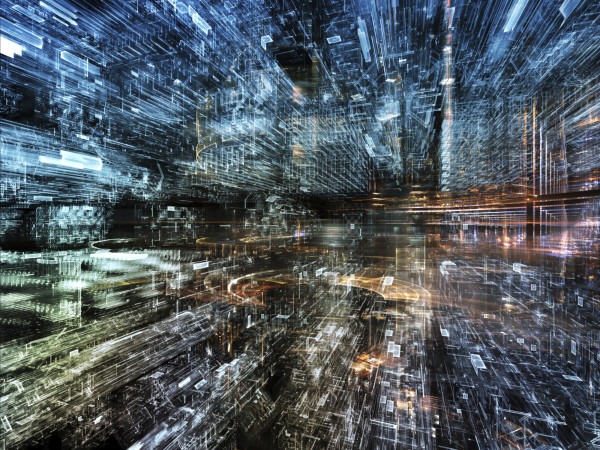 If you think Big Data is sexy, you should meet GIS. They’re getting married, in fact, at City Form Lab, to make cities more livable, resilient and competitive. It could not happen at a better time.

When Oscar Niemeyer passed away in late 2012, much was written about the legendary Brazilian architect, but one thing towered above any other: Does his greatest legacy actually work?

When Brazil decided to build a new capital city and place it on empty land in the middle of the country, the government turned to Niemeyer, and he designed an ode to building-as-sculpture architecture, a city of broad streets and perfect distribution and movement of the population.

Except that the population has turned out to defy the maestro’s original intent. It grew far beyond what Niemeyer thought would be optimal — “it should have stopped growing some time ago,” he later said — and lacks the edginess, charm, cool experiences, and green performance of cities considered by residents and visitors as superior places to live, work, study and play.

Fast forward to today, a time of Brasilia-scale city creation-from-scratch across Asia and the fast growth of older, existing cities everywhere. At Integra Architecture, we are now a part of one such city-building exercise at Charlotte, North Carolina, where we’ve set up our firm’s U.S. hub.

Wise urban planning, that is, has become a really big deal, and more so with more than half the world’s population living in cities today and an estimate from the United Nations of over 66% by 2050. It has never been more important to understand the evolving behavior and structure of our cities.

Fortunately, architects and planners are now able to do just that, thanks to something Niemeyer could only dream about.

Barely a month before his death, the Economist published this story about how our cities are turning into “vast data factories,” the result of heightened connectivity that is merging our physical and digital environments.

Modern technologies allow us like never before to take a deeper look into the functional aspects of our cities. Big Data is gathered from our use of smart phones, smart cars, smart watches, and smart buildings and homes, where even our doors have become smart. Envision America, an initiative launched in Charlotte, is taking the efficiency of smart cities to new heights. Google sister company Sidewalk Labs is taking it into yet another dimension.

And then there’s City Form Lab at MIT, which integrates Big Data with Geographic Information Systems, better known as GIS technology, to transform the way we can see and foresee our cities.

According to City Form, a city’s form entails “how the physical pattern of urban development affects the social, environmental and economic quality of urban environments.” In other words, how the placement and order of buildings, roads, parks and other assets create a certain flow, a rhythm, a funcionality, that makes or breaks a person’s and company’s experience in a city and makes the entire thing far more sustainable.

City Form Lab uses a series of toolbox solutions. One is Urban Network Analysis for ArcGIS. This toolbox provides researchers with ways to better study the spatial configuration of cities, allowing us to understand the accessibility of buildings by measuring indices that take into account the topology of the city. It is possible, for instance, to know how many buildings are accessible from a specific location through Reach, or more accurately estimate pedestrian traffic in a cluster of buildings using Betweenness.

That’s just for starters. The combination of data acquisition and analysis along with evolving technologies like Artificial Neural Networks and practices like Open Data can lead to better design of emergency services, the optimization of processes among multiple organizations, and better resource management, variables which are particularly powerful in enhnacing resilience to far more frequent extreme weather events.

If only Niemeyer could have designed for whatever growth came to Brasilia. If only all of us in urban architecture could design today so cities could adapt to future transitions. Because cities grow, shrink and evolve unpredictably. When Brasilia was conceived (1950), the world’s urban population was roughly 750 million, a number that grew to 3.8 billion by 2014 and is expected to hit 6.3 billion by mid century, or an 800% increase in a 100-year term.

One of the questions we at Integra ask ourselves all the time is: How can we envision a better way forward? When facing a design challenge, we wonder if we’re weighing the complexity of urban environments and evolving population dynamics too lightly. Did Niemeyer? Is the magnitude of an urban space inevitably linked to its triumph or collapse? Or did he, despite all his knowledge of cityscapes, simply lack sufficient knowledge — the kind we now have access to with Big Data and GIS?

Perhaps there was just not enough information back then to properly plan for whatever comes to a city. Planning, after all, is decisionmaking in advance, or as the old saying goes, our decisions are only as good as the information considered.

Today, we’re able to consider new information, like how to design or reengineer a city’s form for present and future challenges, to create a true Smart and Sustainable City. It is now possible. Let’s do it.

Orlando is a staff architect at Integra Design Group with a specialty in deploying advanced GIS and Big Data systems to urban challenges.